Founded in 2016 by French investor Alexandre Garèse, Kouros is an industrial investment company dedicated to the energy transition and climate issues.

Operational since the beginning of 2018, Kouros now brings together a multidisciplinary team of experts in electricity, natural gas, LNG and hydrogen.

Kouros has made 8 investments, (1 of which is completed), created 2 new companies and developed a unique and well-known expertise notably in the field of hydrogen.

To achieve climate neutrality as quickly as possible, it is necessary to replace fossil fuels by renewable energies and to remove carbon from the atmosphere.

Kouros is mobilising its technical and financial expertise to make a useful and rapid contribution to these two urgent challenges.

To this end, and under the impetus of its founder and investor, Kouros is developing a unique business model; acting both as an investor in existing companies as well as an entrepreneur, developing its own projects.

Kouros provides with both financial support and an in-depth expertise over questions of renewable energy production, transport and distribution infrastructures as well as cutting-edge technologies. The link between technologies and infrastructure is at the heart of Kouros’ development model.

To ensure this rapid transition and respond to the climate urgency, Kouros is developing an approach that lies at the intersection of technology and usage.

A method that consists of both removing the technological barriers and developing in parallel the infrastructures necessary for the deployment and adoption of these technologies. 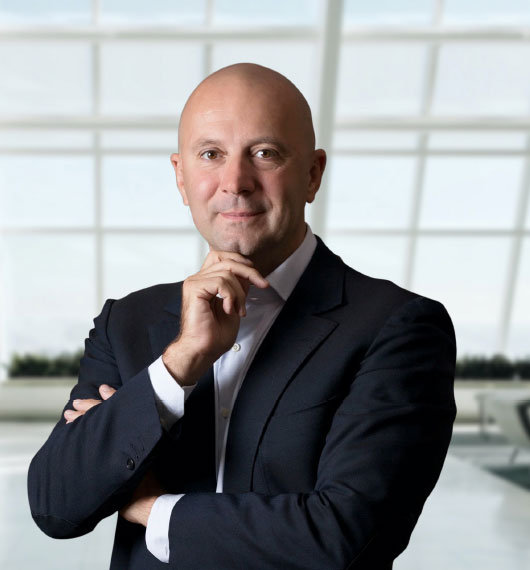 Alexandre Garèse is a French entrepreneur and businessman. He founded Kouros and Enerxia, two companies dedicated to energy transition and innovative technologies, in 2016.

He has worked as an international lawyer in Moscow for 25 years. In 1995 he established the Seeberg, Stabreit, and Garese law firm. There he had the opportunity to work on restructuring of Russia’s energy companies and, later, the privatization of energy companies in Ukraine in the 2000s.

He is an investor in a number of different fields mainly related to environmental protection and sustainability on a global scale, from healthy food to energy.

Alexandre is a keen polo player and a lover of nature and art. 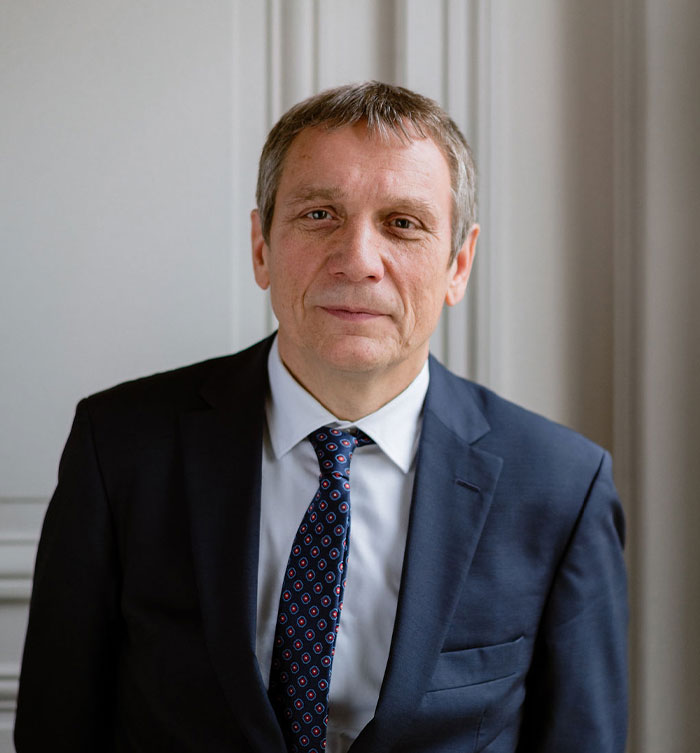 Francis Bretnacher is Managing Director of Kouros SA in Luxembourg since May 2022.

Francis has significant international experience in the energy sector; first with Gaz de France, through various positions in transportation, storage, international procurement and trading, then in marketing and M&A in Exploration & Production, then as General Director of a gas transmission system operator in Austria and finally as General Director of ENGIE's LNG business in Luxembourg. Before joining Kouros SA, Francis evaluated investments and investors in the energy sector for the European Investment Bank.

Francis holds an MBA from ESCP-EAP (Paris), an engineering degree from Mines de Nancy and a management degree from Clark University (MA-USA). He speaks French and English. 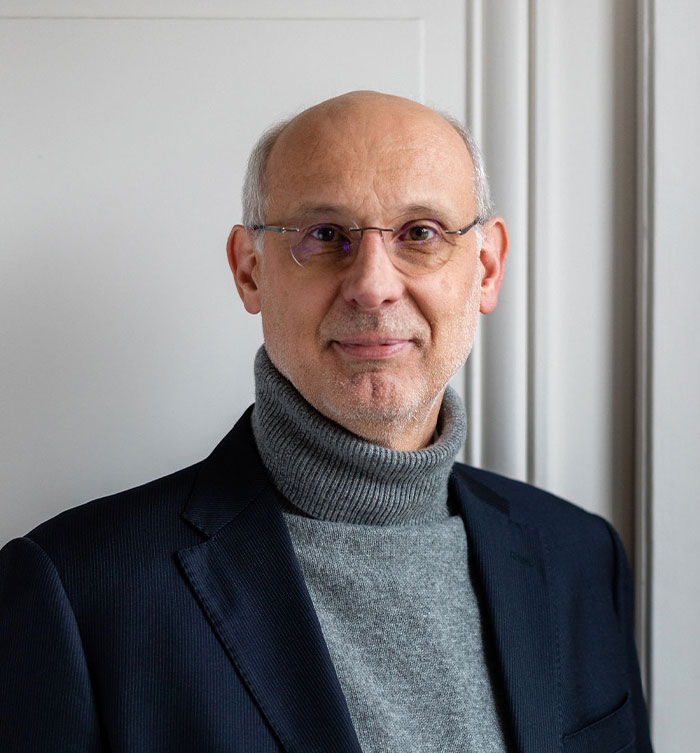 Alain Rossignol manages the Kouros France team, in charge of projects identification and acquisitions in the frame of the global business strategy and development for Kouros and Enerxia.

Alain graduated from the Economics and Management at the IFP (French Petroleum Institute) having previously studied Mechanical Engineering at ENSEM (Nancy, France) and at Bath University (England). He speaks French, English, Russian and Slovak. 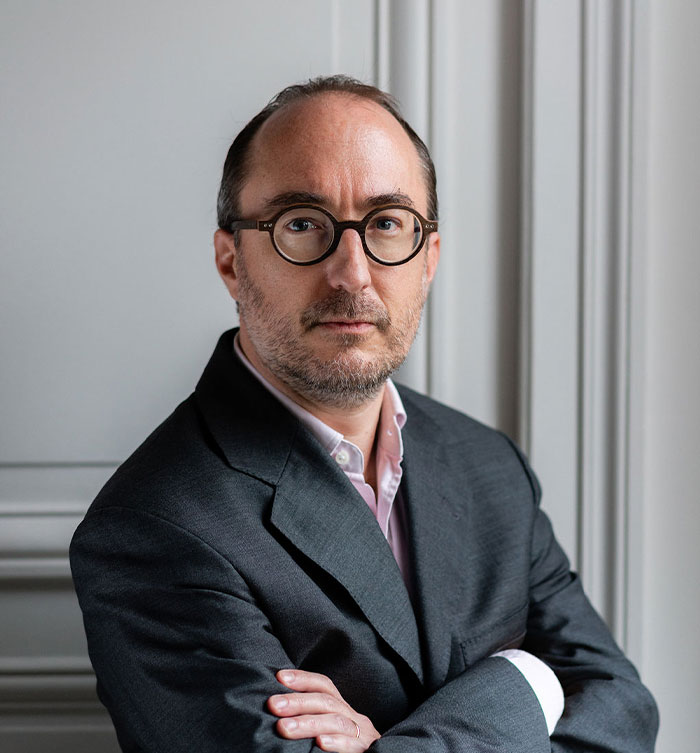 Head of Strategy and Investments-Kouros France

Head of Strategy and Investments-Kouros France

Florent Bergeret is responsible for Strategy and Portfolio Design & Management in Kouros France. Florent oversees the Power, Hydrogen and Tech sectors. He is a board member of NAWATechnologies and Ergosup and a board observer of HysetCo. Florent is the founder and President of Carbonloop and Hyliko.

Before joining Kouros, Florent held several executive positions in Gaz de France and ENGIE in the energy sector (R&D, energy operations, business development) and in innovative products & services for B2C. He worked closely with startups and partners in IOT and big data. He invented and launched HOMNI, a budget-control smart thermostat which picked up awards at CES 2016 in the ‘Smart Home’ and ‘Tech for a Better World’ categories.

Florent holds a Degree in Engineering from ENSTA Paris Tech and a Master’s Degree in Energy Economics from the IFP (French Petroleum Institute). He speaks French and English. 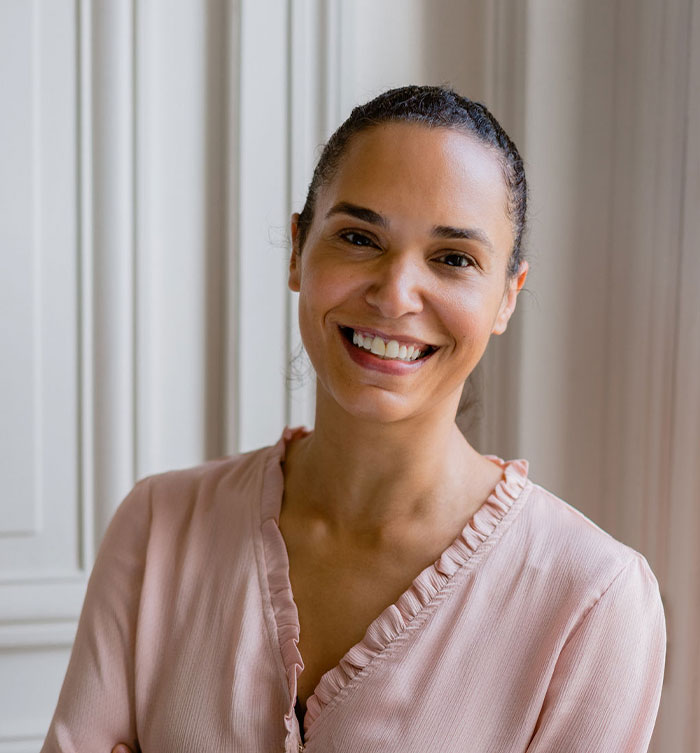 Florence is the General Counsel of the group, in charge of the legal matters of Kouros SA and its participations.

Prior to joining Kouros, Florence worked as a business lawyer in some of the leading law firms in the green energy sector. She was also the general counsel of a French wind electricity producer listed on Euronext.

She was admitted to the Paris Bar as a qualified lawyer in 2005, holds two Masters in European Business Law as well as in Public Business Law and studied International Management in the French Business School ESSEC.

She speaks French, English and Italian. 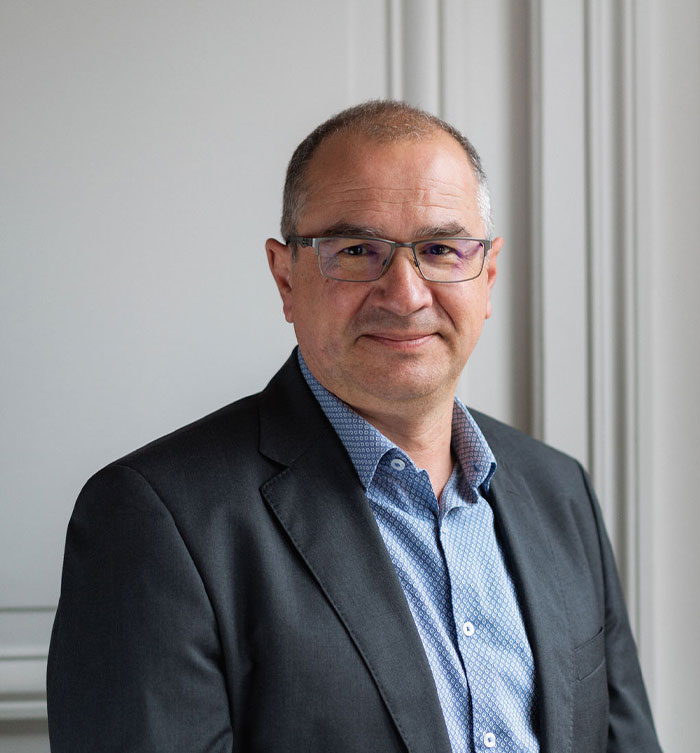 As Kouros France Chief Technology Officer, Alain is responsible of Kouros' Technology roadmap. He is advising investment teams and is bringing support to technical teams of Kouros' subsidiaries.

Before joining Kouros, Alain was Head of Technology and Innovation at Alstom, then Head of Engineering and Industrialization of CNIM Système industriels.

Alain holds a Degree in Engineering from Arts et Métiers Paristech. He speaks French and English. 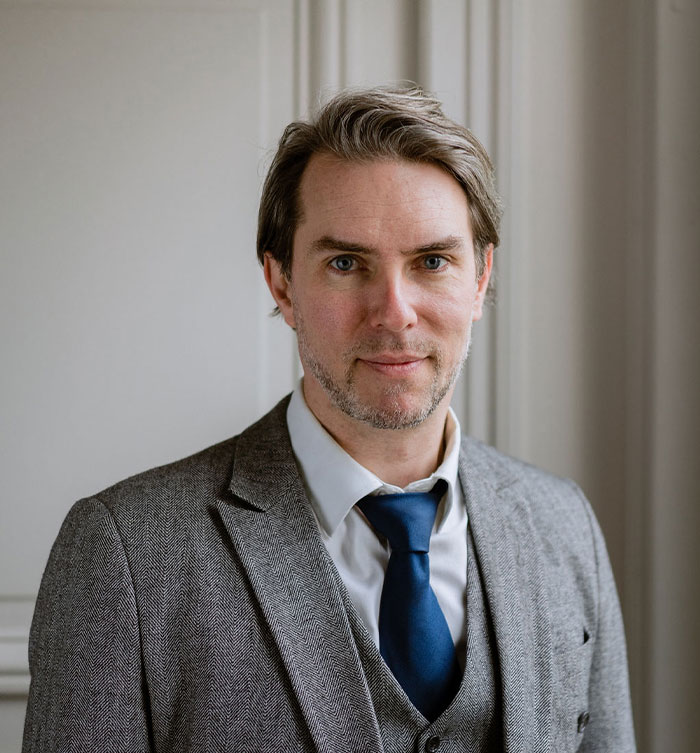 Jean-Baptiste is an independent consultant for 5 years with the firm Mister Hy which he founded. He was commissioned to write the hydrogen deployment plan for the energy transition commissioned by the Minister of State for Ecological Transition, Mr. Nicolas Hulot, in partnership with the DGEC and the CEA. He has also accompanied many public and private actors such as the Auvergne-Rhône-Alpes Region for the implementation of the Zero Emission Valley project or Symbio for its economic model before its acquisition by Michelin and Faurecia. Jean-Baptiste spent the first part of his career in industry with more than 10 years at Air Liquide, including 6 years in the hydrogen energy field.

Jean-Baptiste holds an engineering degree from the Institut National Polytechnique de Grenoble, a PhD in numerical modelling for the physical sciences from the Institut National Polytechnique de Toulouse and an MBA in Entrepreneurship from ISC Paris, from which he graduated as a valedictorian. He speaks French, English and Spanish. 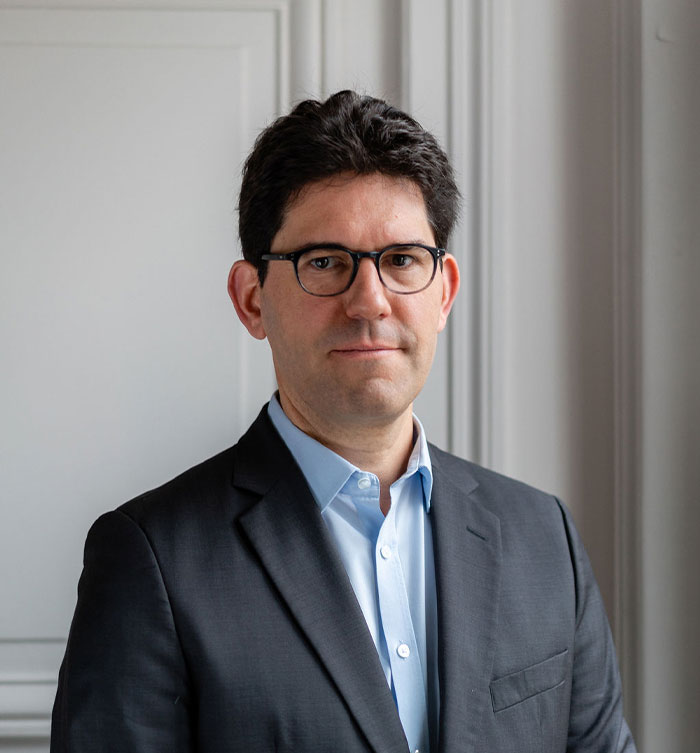 Vincent is scouting and evaluating upstream investment opportunities in gas and renewables sectors.

Vincent had a 20-year experience in Upstream E&P industry in a variety of technical functions. He held several positions at TotalEnergies, ENGIE E&P and Neptune Energy, where he gained extensive experience in asset selection and valuation.

Vincent graduated from Pierre and Marie Curie University (Paris) with an engineering degree in Geophysics and Geotechnics and holds MSc in Petroleum Geosciences from French Petroleum Institute (IFP). He speaks French and English. 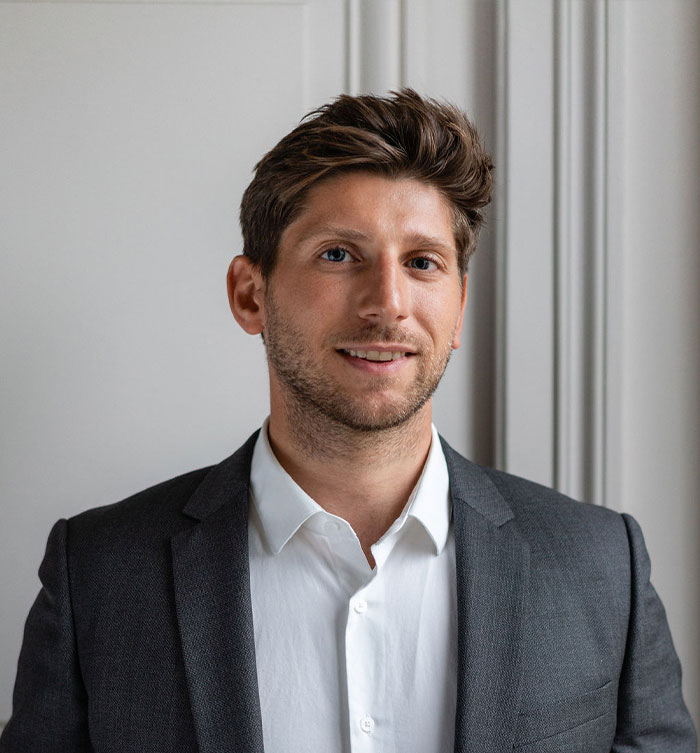 Laurent Desflans is responsible for the analysis of project investments in Kouros France.

He joined Kouros in 2019 after working as a commercial engineer for ENGIE Cofely and Private Equity Analyst for NextStage AM.

Laurent holds a Dual Degree in Engineering and Finance from the Arts et Métiers School (Icam, Nantes) and Audencia Business School where he specialised in corporate finance.

He speaks French, English and Spanish. 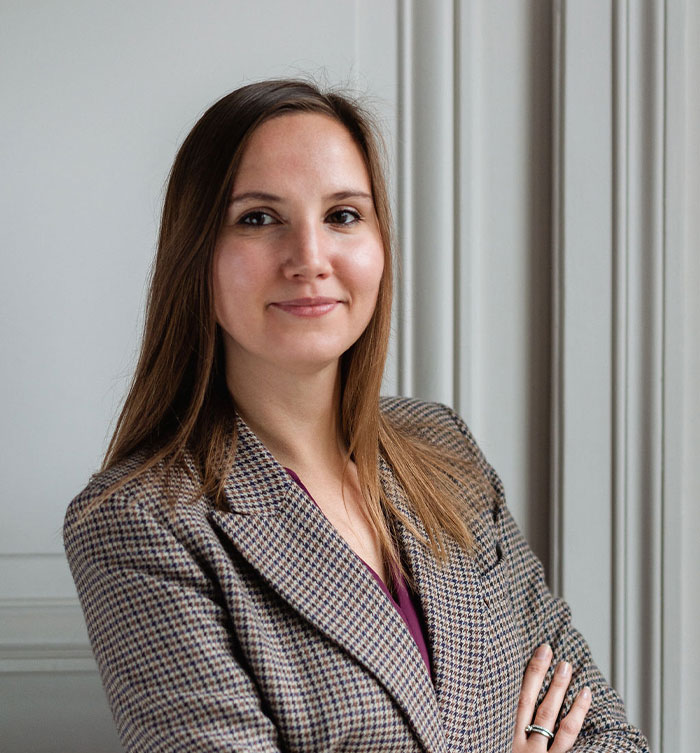 In Kouros France, Daria Smetanina is responsible for financial reporting and investment performance monitoring. She guarantees the financial vision of investment portfolio and projects developed by Kouros.

Prior to joining Kouros, Daria worked as a senior consultant in Accenture where she was in charge of several missions for TotalEnergies, with the focus on Low Carbon activities development. She brings audit experience after spending 4 cumulative years in Deloitte France and Deloitte CIS. She served as a referral auditor and as a component auditor on engagements with multi-national operations and provided audit services to a variety of clients both French and international.

Change how the world works with Biotellus, made for ecology enthusiasts. 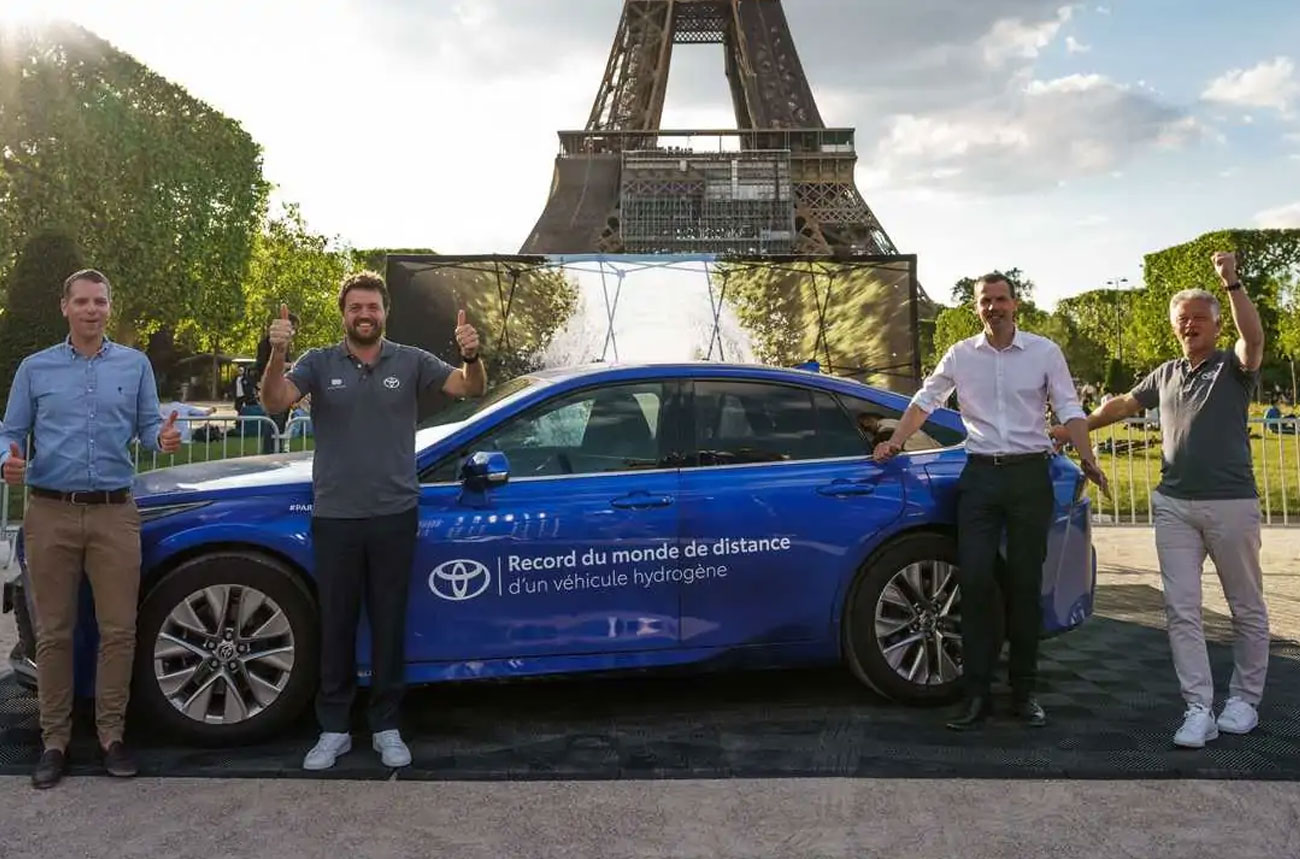 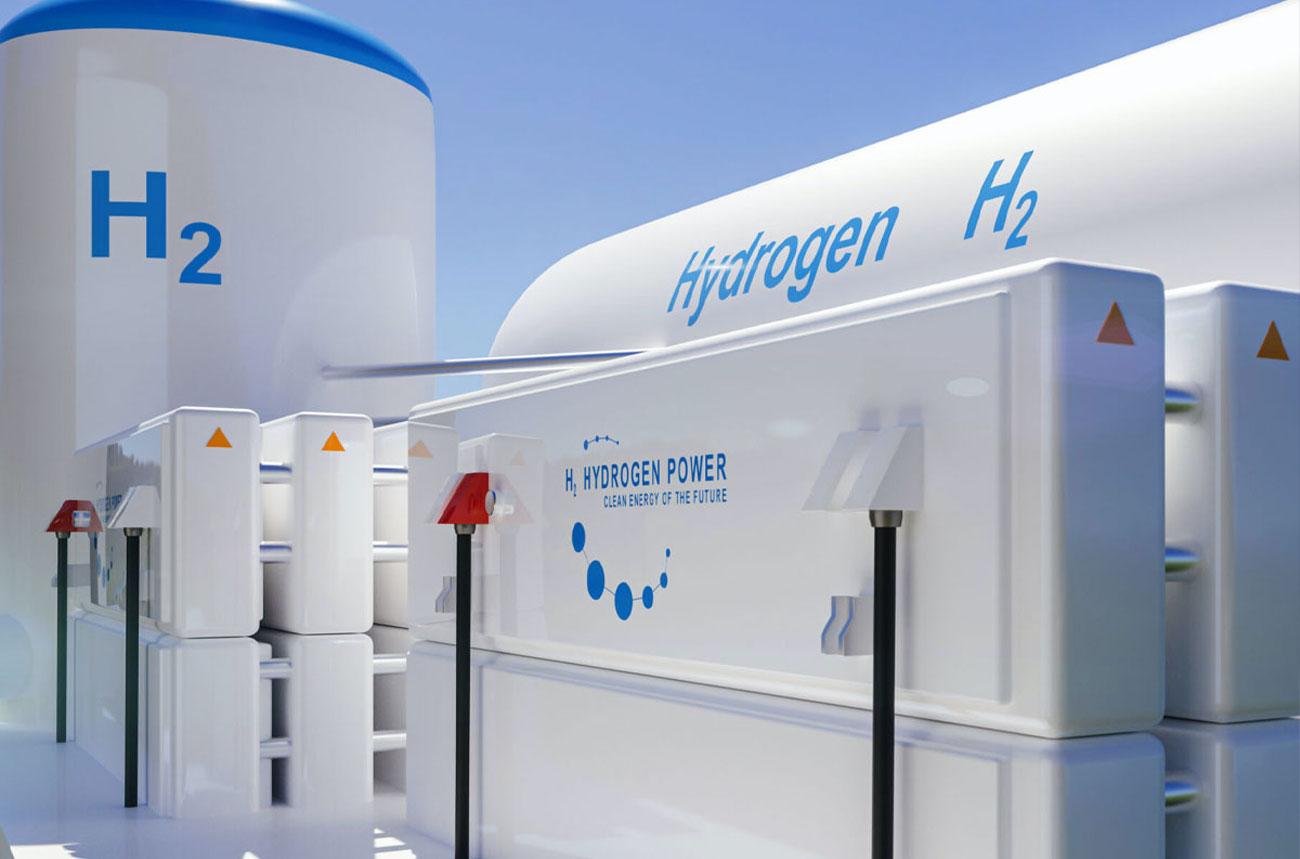 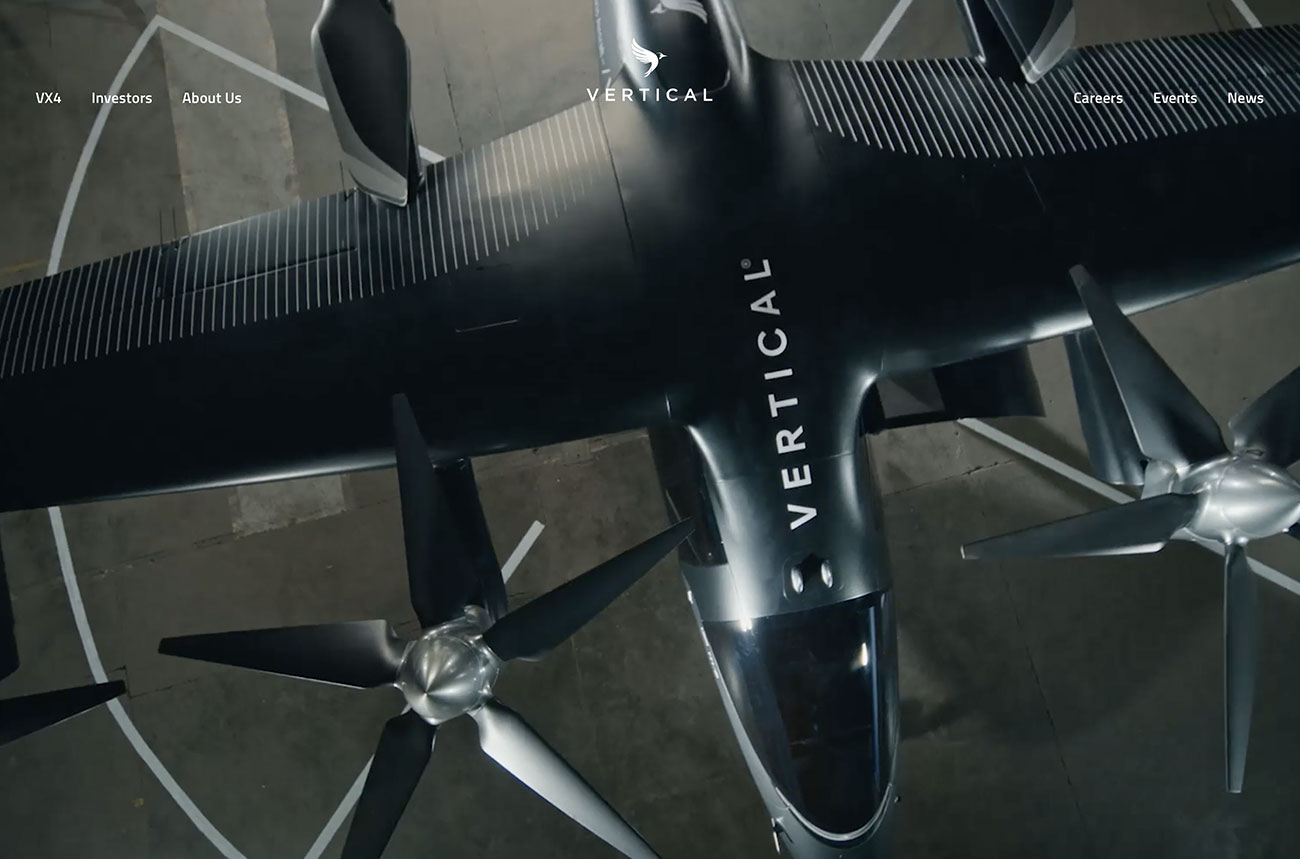 Kouros invests in Vertical Aerospace, one of the leading e-VTOL compagnies